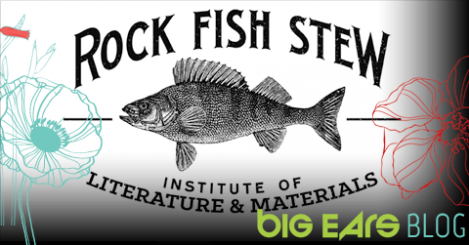 It’s hard for us to believe it’s a year since we first met Ashley Capps. We reached out to him because an article in the New York Times indicated that the adventurous Big Ears music festival, which Capps founded and runs through his company AC Entertainment, was returning after a three year hiatus. One reason the festival appealed to us was because it catered to no specific niche or genre, and it took place not in a metropolitan center like New York or LA, but in Knoxville, Tennessee, in the foothills of the Great Smoky Mountains. Some have called the festival avant-garde, but we soon learned that Ashley resists the term. Big Ears simply presents a wide array of music — which Capps personally curates with his team at AC — and it’s up to the audience to connect the threads.

That philosophy relates to how we see documentaries.  When Ashley asked us what we had in mind for a Big Ears documentary, we said we didn’t know.  We told him we simply wanted to document it, to be there, and see what we might find. Far from scaring him off, he seemed to like the answer.  Last March we took a team to Knoxville where Ashley and his staff welcomed us and opened doors.

The past year has been an odyssey for us.  We came home from Knoxville with many hours of footage and audio, and with many new friends and acquaintances.  We’re also hearing the world differently now.  We’ve got bigger ears.  So we were touched to read Ashley’s blog post yesterday mentioning his phone call with us this week to talk about our plans to continue the project at Big Ears 2015 this March. Ashley writes (referring to us), “Their enthusiasm, vision, and perspective are contagious and inspirational and have allowed me to see the festival, its themes and its possibilities in a different light. They often push and prod me into thinking about things more deeply – or from another angle – than I might otherwise.”

For us, that is the highest praise. Well, almost. The blog post is titled “Big Ears Rock Fish Stew” – that’s higher praise still.