Nine weeks after imbedding in Big Ears, we’re beginning to make some sense of the documentary material we brought home.  Here’s one glimpse.

In our 50-minute interview with Jonny Greenwood, he said:

I think most people’s record collections, or MP3 collections, are more varied than they ever were. But, then, maybe it’s always been like that, I don’t know. What I hope is that people…are realizing more and more that there is something very peculiar about live music and live performance.  You get so used to recordings and assume that that’s the, kind of, definitive version of something, and (so) that when you see, especially with Steve Reich’s stuff, when you see all the effort that’s going into it – all the sweat and the sinews and the coordination and people sitting down and standing up and joining in and stopping again and keeping this thing moving…you realize that when you hear it out of a couple of speakers it’s just a big compromise. 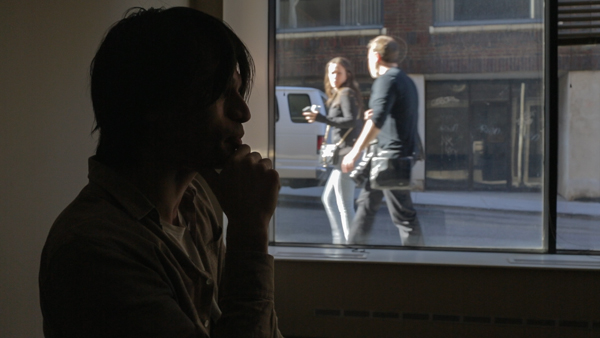 At Big Ears, Wordless Music Orchestra‘s performance of Greenwood’s music made alienation and isolation and melancholy prevail and move, beautifully, the music and feelings reverberating through the historic 2400-seat Tennessee Theater in today’s surging downtown Knoxville, only a few blocks from the formerly decaying, derelict riverbank depicted in Cormac McCarthy’s hallucinatory, descending, spiraling novel, “Suttree” (1979), set in 1951 Knoxville. The novel includes this passage in its preamble:

We are come to a world within the world. In these alien reaches, these maugre sinks and interstitial wastes that the righteous see from carriage and car another life dreams. Illshapen or black or deranged, fugitive of all order, strangers in everyland.

If somebody ever makes a movie of “Suttree” they might seek Greenwood to compose the music. 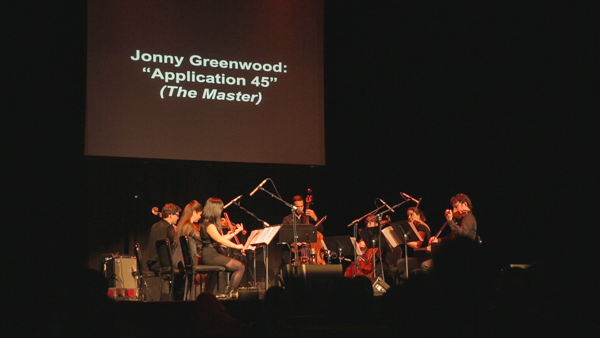 Greenwood:  Prospector’s Quartet (from There Will Be Blood)

Greenwood:  Oil (from There Will Be Blood)

Greenwood:  Application 45 Version 1 (from The Master)

Greenwood:  Detuned Septet (from There Will Be Blood)

Greenwood: Future Markets (from There Will Be Blood)