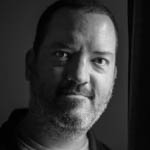 Sam Stephenson is a writer that has been studying the life and work of photographer W. Eugene Smith since 1997, leading to his directorship of the Jazz Loft Project at The Center for Documentary Studies at Duke University five years later. Among others, the JLP went on to win a prestigious ASCAP Deems Taylor Award in 2010 and was covered internationally. Stephenson’s two acclaimed books on Smith—Dream Street: W. Eugene Smith’s Pittsburgh Project (W.W. Norton, 2001) and The Jazz Loft Project: The Photographs and Tapes of W. Eugene Smith from 821 Sixth Avenue (Alfred A. Knopf, 2009)—will be followed by a digressive biography, Gene Smith’s Sink, forthcoming from Farrar, Straus and Giroux. In April 2013 Stephenson formed the Rock Fish Stew Institute of Literature and Materials, a new platform from which to perform documentary work. Rock Fish Stew’s inaugural project was Bull City Summer: A Season at the Ball Park, a season-­long project to document the sights and sounds and stories at Durham Bulls Athletic Park, employing a team of writers, art photographers, and mixed-­media artists. The Bull City Summer book was published by Daylight in 2014. Two exhibitions were installed at the North Carolina Museum of Art and the Contemporary Art Museum Raleigh.  A Jazz Loft Project documentary film will premier in 2015, produced by WNYC in New York.  To keep up with Stephenson’s latest writing, including regular offerings for Paris Review, go HERE.

Ivan Weiss is a documentarian and photographer based in Durham, NC. Weiss was part of the Bull City Summer team and directed an award-winning feature documentary exhibited at CAM Raleigh from May-August 2014. Recently, Weiss directed The Education of Ida Owens, chronicling the life of the first African-American woman to receive a Ph.D. from Duke University, which premiered at the Nasher Art Museum in May 2014. In May 2014, he completed an MA in visual communication at UNC-Chapel Hill, for which he received a Roy H. Park fellowship. He worked as a producer at Film@11 Media in New York, working on the films Haiti: Where Did the Money Go? and The Zeroes: The Decade Wall Street Went Insane. Previously, he received a Fulbright grant to explore life in post-Soviet Russia, after which he worked as a journalist covering the oil industry in Moscow. As an undergraduate at Haverford College, he double majored in English and Russian. Despite his Russian-sounding name, he grew up in Indianapolis, Indiana.

Kate Joyce is a regular Rock Fish Stew collaborator and consultant. A visual artist based in Chicago, Joyce was born and raised in Santa Fe, New Mexico. She studied photojournalism and sociology at San Francisco State University; Spanish in Guatemala and Chile; and documentary photography at the Center for Documentary Studies at Duke University. Between 2006­ and 2009 she worked for the renowned architectural photography studio, Hedrich Blessing, as an apprentice, web designer and staff photographer. In 2010 she started Kate Joyce Studios and continues to work with clients on architectural and design projects.

In 2000, Joyce collaborated with Rebecca Solnit and Susan Schwartzenberg on their book Hollow City: The Siege of San Francisco and the Crisis of American Urbanism. Joyce also received a Lewis Hine Documentary Initiative Fellowship in 2003 and spent a year in Bloemfontein, South Africa, working on documentary projects with a local NGO.

Her work has appeared in The New Yorker, The Paris Review Daily, The Chicagoan, Architect Magazine and The New York Times. Her work also appears in the collections of The Museum of New Mexico and Duke University Perkins Library Special Collections & Rare Archive. 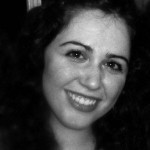 Emma D. Miller is a Rock Fish Stew collaborator. A writer, producer, and arts administrator, she has worked with National Public Radio, PBS’s POV, and WNYC’s Studio 360, and she has contributed to NPR.org, North Carolina Public Radio, INDY Week, and others. Miller coordinated and contributed writing to Bull City Summer, Rock Fish Stew’s inaugural project. She holds a certificate from the Center for Documentary Studies and a degree in cultural anthropology from Duke University, where she was a Robertson Scholar. Currently, Miller serves as programming coordinator for the Full Frame Documentary Film Festival, where she works with submissions for the Oscar-qualifying international festival and manages the film selection process, print traffic, juries, and awards. Follow her on Twitter at @emmadmiller. 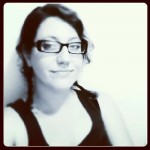 An active member of the Society for Photographic Education, Malina received the 2013 Jeannie Pearce Award for Innovations in Imaging. Chavez received her MFA from Duke University’s Experimental and Documentary Arts program and graduated cum laude with a Bachelor of Science in Photography from Middle Tennessee State University. She works in photographic arts (including digital and historic processes, street photography, photojournalism and archival restoration) as well as experimental film and video. Her work has been shown at SPE National Headquarters, Johalla Projects for Filter Photo’s Archetype Drift, the North Carolina Museum of Art, the online and catalogue editions in The Kiernan Gallery, and the Chianciano Art Museum in Italy. You can find out more about her work at malinachavez.com 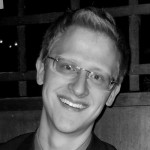 Chris is a music and media production undergraduate at UNC-Chapel Hill. He is a saxophone player with varying career interests in live music, performing arts administration, and video and audio production. In the past, his other work experience has included Jazz at Lincoln Center, the Newport Festivals Foundation, and Carolina Performing Arts.

A Connecticut native, Dan is a writer and arts administrator, currently living in New York City. He likes bleak existentialist cinema and bubblegum dance music. As an undergraduate at Duke, he wrote a small book of poems inspired by a drawing by Matisse.