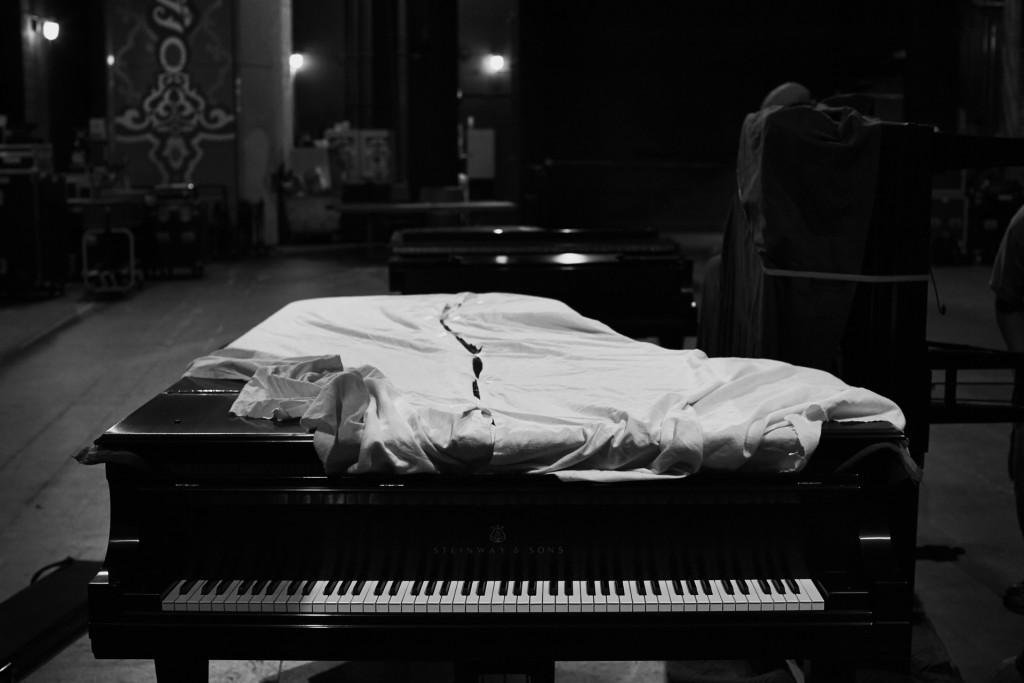 The Durham, N.C.-based Rock Fish Stew (www.rockfishstew.org) will immerse a team of documentarians in downtown Knoxville to document the Big Ears festival for a third consecutive year, adding to a collection of more than 200 hours of video footage, audio, and several thousand photographs generated at the festival in 2014 and 2015. A new website dedicated to the project, featuring a 6-minute trailer, was launched this month.

There will be an installation of Rock Fish Stew’s Big Ears work-in-progress at Zach Searcy Projects in Knoxville this week.

In 2015 Rock Fish Stew began experimenting with their documentary materials in two multi-media presentations called Big, Bent Ears (www.bigbentears.org), the first an online collaboration with the literary magazine, The Paris Review, and the second an installation at the Contemporary Art Museum in Raleigh, N.C. In Big, Bent Ears, Rock Fish Stew mashed up the music of Big Ears with the legendary New Yorker magazine writer, Joseph Mitchell, whose first book was called My Ears are Bent (1938), the connective thread being careful listening – to human voices in the case of Mitchell.

Stephenson is most known for his 12-year endeavor, The Jazz Loft Project, which produced a book (Alfred A. Knopf), a public radio series (WNYC), a traveling exhibition (NYPL and others), and a film, and won a 2010 ASCAP-Deems Taylor Award. Stephenson’s writing has been published widely, including in The Paris Review and The New York Times. For fifteen years he was based at Duke’s Center for Documentary Studies before leaving in 2013 to form Rock Fish Stew. He won a 2015 Deems Taylor / Virgil Thomson Award for his piece for The Paris Review about John Coltrane’s first biographer. Stephenson’s fourth book, Gene Smith’s Sink, will be published by Farrar, Straus and Giroux in 2017.

Rock Fish Stew’s 2016 team will include acclaimed filmmaker, Jem Cohen, whose 1999 film, Instrument, about the band, Fugazi, is considered by many musicians to be one of the best music documentaries ever made.

Outcomes of the Big Ears Documentary Project under discussion include a feature film, a series, a book, and a traveling installation.

The project is supported by the Reva and David Logan Foundation of Chicago and Visit Knoxville.