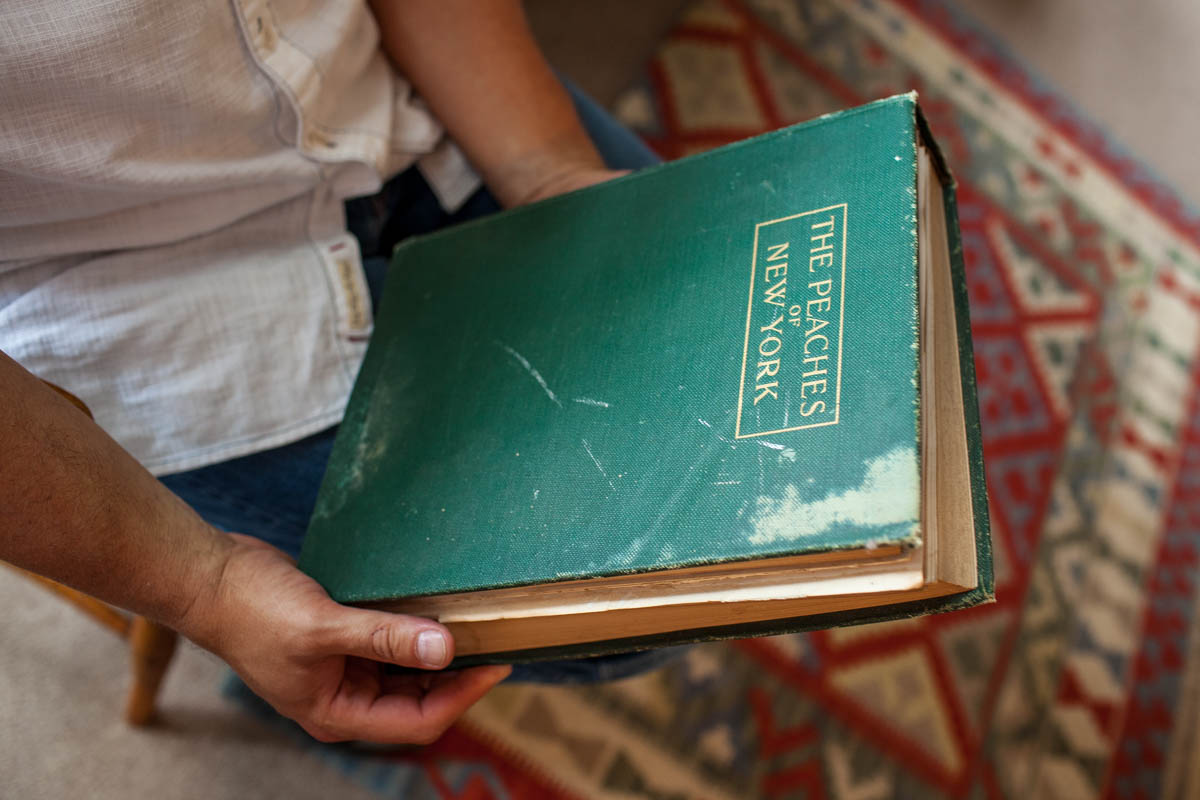 Recently we had the opportunity to spend eight days in New York City, where we made considerable headway on two Rock Fish Stew documentaries — BIG EARS and The Joseph Mitchell Project. Helping us on parts of this trip were the photographer Kate Joyce, a longtime RFS collaborator; Hiroshi Watanabe, a photographer and collaborator on Bull City Summer; and Ligaiya Romero, a New York-based documentarian who helped us shoot BIG EARS in Knoxville in March.

On the surface BIG EARS and The Joseph Mitchell Project couldn’t be more different. One features a modern, avant-garde music festival and the other a mid-century chronicler who passed away in 1996. Pursuing them side by side in New York for eight days elucidated both, making points of intersection apparent. Or, perhaps, the intersection was us, not our subjects. In any case, a few pictures and musings from the trip follow.

The first two days were spent documenting rehearsals of 50 musicians from Wordless Music Orchestra playing the score to Paul Thomas Anderson’s 2007 film There Will Be Blood. Wordless had performed some of this music at Big Ears, where we first engaged it. The score, of course, was composed by Radiohead multi-instrumentalist Jonny Greenwood. The orchestra, put together by Wordless founder Ronen Givony and violinist Pauline Kim Harris, featured Ryan McAdams conducting and Greenwood himself playing the ondes Martenot (an electric instrument invented in the 1920s that you can hear on a number of Radiohead songs, along with, notably, the work of Messiaen, one of Greenwood’s inspirations), along with many other inspiring, dedicated musicians. Anderson was on-hand working with McAdams, Greenwood, and engineer Richie Clarke to ensure that the proper “sonic claustrophobia” (Alex Ross, New Yorker, September 22 issue) was realized. In addition to the rehearsals we spent two days documenting Wordless and Greenwood as they performed the score live with the film at the majestic, 3500-seat United Palace Theater on 175th and Broadway.

While embedded in the There Will Be Blood rehearsals, we found time to walk seven and a half blocks to the New Yorker offices on 43rd Street. Joseph Mitchell worked at the magazine for over half a century. Archivists Erin Overbey and Josh Rothman pulled a pristine copy of the April 13, 1940 New Yorker with the original publication of “The Old House at Home,” one of Mitchell’s earliest and most enduring pieces, chronicling the history of the city’s oldest Irish tavern, McSorley’s.

Then on Sunday morning we took a train to the New Jersey coast to visit Joseph Mitchell’s daughter Nora. This sleepy, offseason seaside town represented a big change from northern Harlem and the United Palace Theater. Instead of following a group of brilliant young, experimental musicians as they prepared to play for an audience of 3,000, we now found ourselves removed from the city, quietly digging into the city’s past, exploring the personal effects of one of our favorite authors, who passed away in 1996. It was the first time we set eyes on Mitchell’s mysterious collection of objects. He published his last work in 1964, and in the last three decades of his life he walked the streets of New York picking up and preserving objects from a disappearing world. Ultimately he collected an estimated 6000 objects, which are currently being stored at the houses of his two daughters.

At Nora’s, we saw hundreds of early 20th century New York City postcards, bins full of old silverware and seafood forks, bottle openers, folders stuffed with other people’s fish market receipts that Mitchell saved for some important reason, hotel registries, fragments of trim from bygone houses, scattered bricks, rusted tools, and hefty out-of-print tomes like a 1917 edition of Peaches of New York by U.P Hedrick — which is 541 pages, measures 9 x 12 inches, and is filled with beautiful color illustrations. Moreover, the collection of weird, seemingly random objects — far from gathering dust — play an integral in role in the decor of Nora’s home. She has baskets of her father’s postcards on her living room table. Bricks he picked up and lugged home now demarcate borders in her backyard. A metal stencil from the Fulton Fish Market hangs in her window. A piece of wood trim is a sculpture in her garden.

On this visit to New York, our last recorded interview was with Wordless Music Orchestra director and violinist Pauline Kim Harris. Coming down from the high of the There Will Be Blood concerts two days later, Harris seemed in a reflective mood as we each put back some valedictory beers at a bar on Bleecker and W. 10th.  “I feel like music is just this continuous line,” she said, “from the very first sound that was made, those sounds that were connected to make a piece or a song, the first time people discovered voice and how to sing, and going through all the Medieval chants, into secular and nonsecular music, to where we are now with electronic music, it’s all one line… for me. It’s all one thing. So I think about how that relates to the passing of time and traditions and how music is used for different things.”

If anyone would have related to this way of understanding music, it would have been Joseph Mitchell. In his stories, Mitchell often used New York settings like the Fulton Fish Market, an African-American neighborhood on Staten Island, a small fishing community on the Jersey side of the Hudson River, as backdrops to reveal the imponderable roots of American history. During a time when most Americans drew stark lines between one another because of race, religion, class, sex, etc., Mitchell was a unifier. In the 1960s, he stopped publishing without any explanation, seemingly at the height of his literary powers, only fifty-six years old. Most observers consider his last few works his greatest. According to Nora, her father began to quietly, secretly, amass his collection of objects when the city started tearing down old buildings in his beloved lower Manhattan waterfront to make way for the World Trade Center.

This is only the beginning of what will likely be a long process of puzzling out the meaning of Mitchell’s objects and his unique method of observing and measuring time. Perhaps time itself stopped making sense for him, perhaps he could no longer see the continuum, perhaps all the destruction in the name of progress left Mitchell a writer without words, perhaps he was simply depressed on a level his outward appearance didn’t reveal.

Meanwhile, as we follow the various lines and echoes of BIG EARS, we’ll continue exploring the art of listening, slowly, carefully, over long periods of time, in an age of quick media titillations and instant gratification. Check back to see what we come up with. 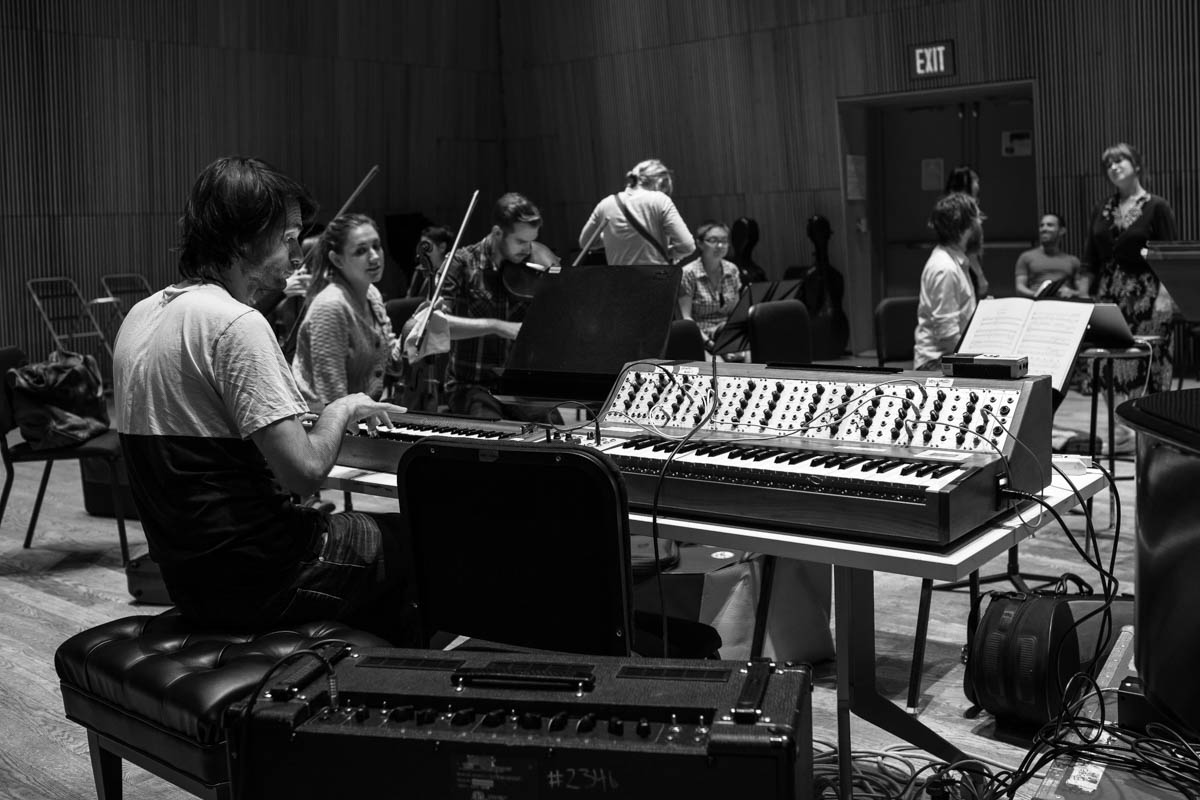 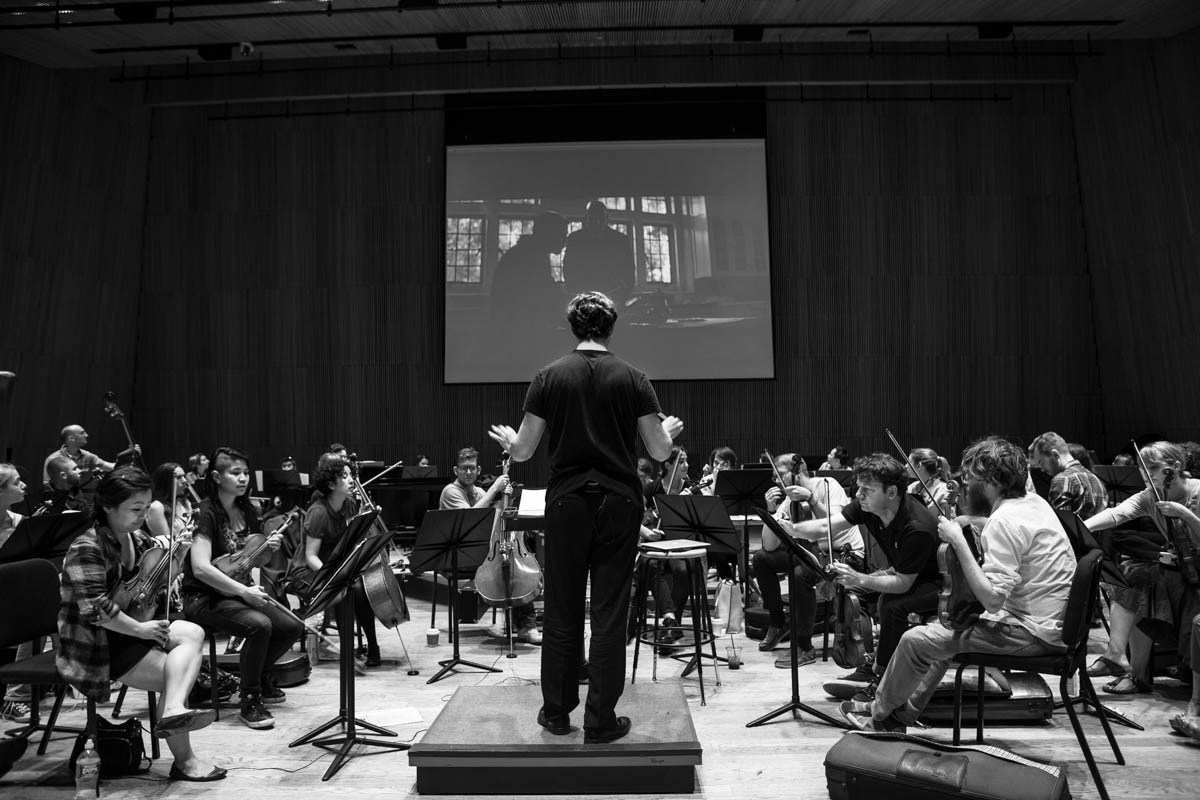 Ryan MacAdams conducting rehearsals for There Will Be Blood. Photo by Ivan Weiss 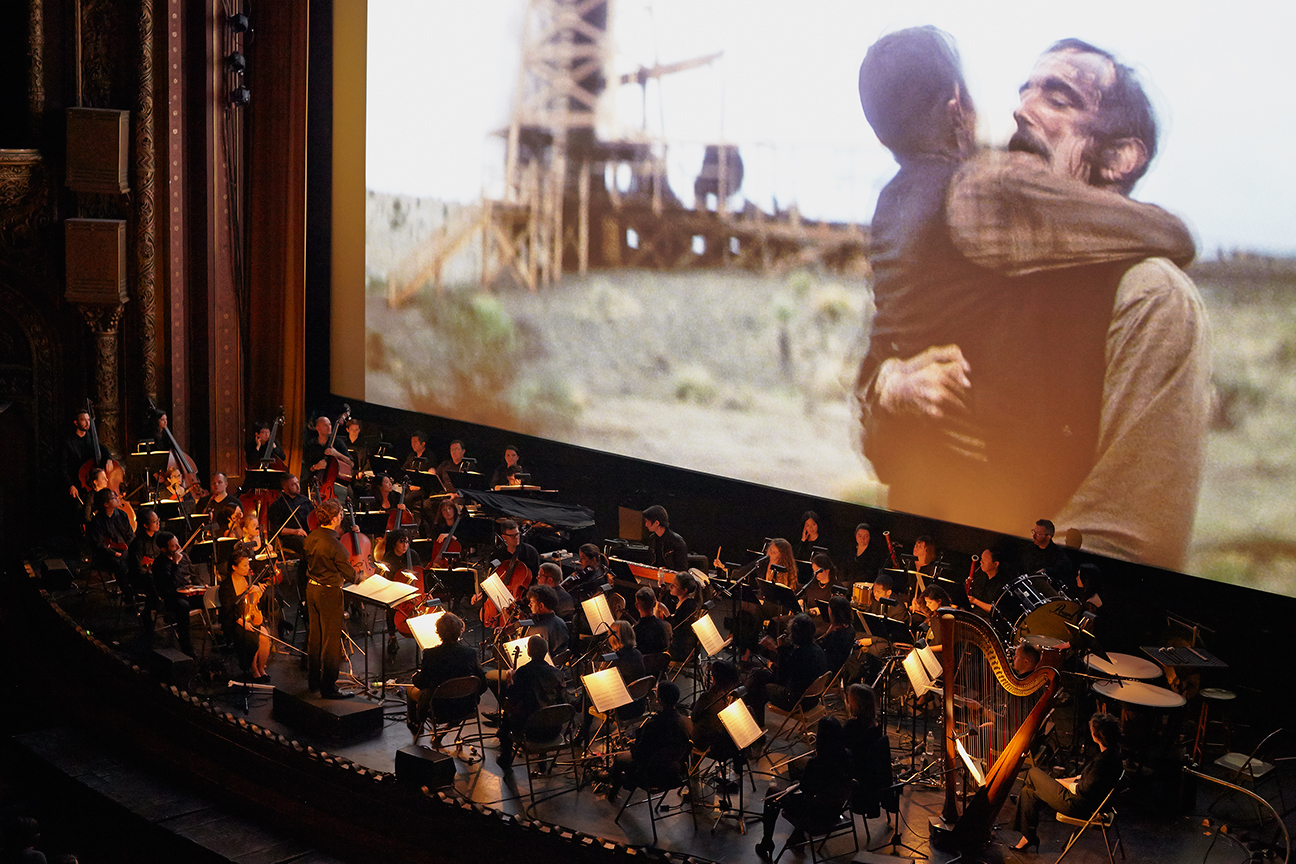 There Will Be Blood… at the Palace Theater, NYC. September 19, 2014. Photo by Kate Joyce 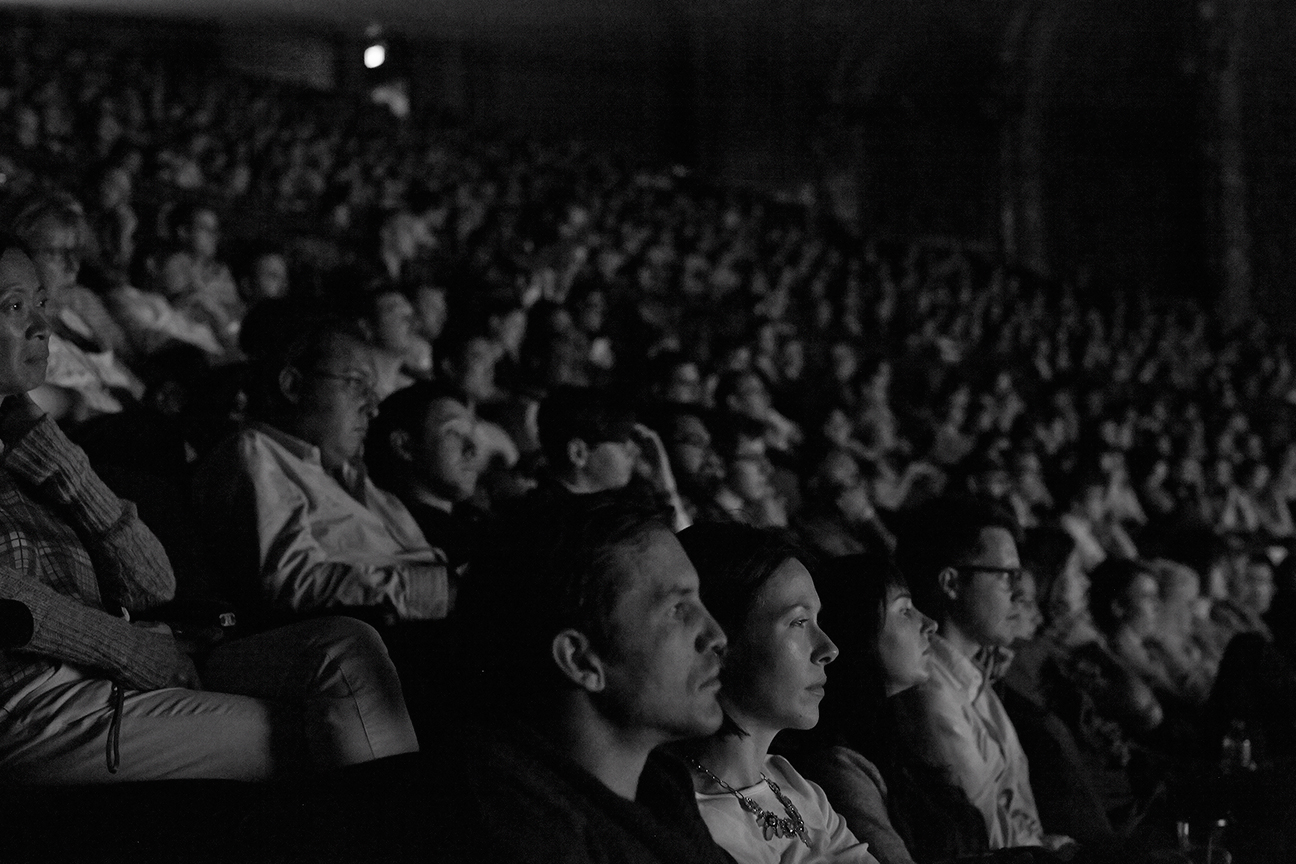 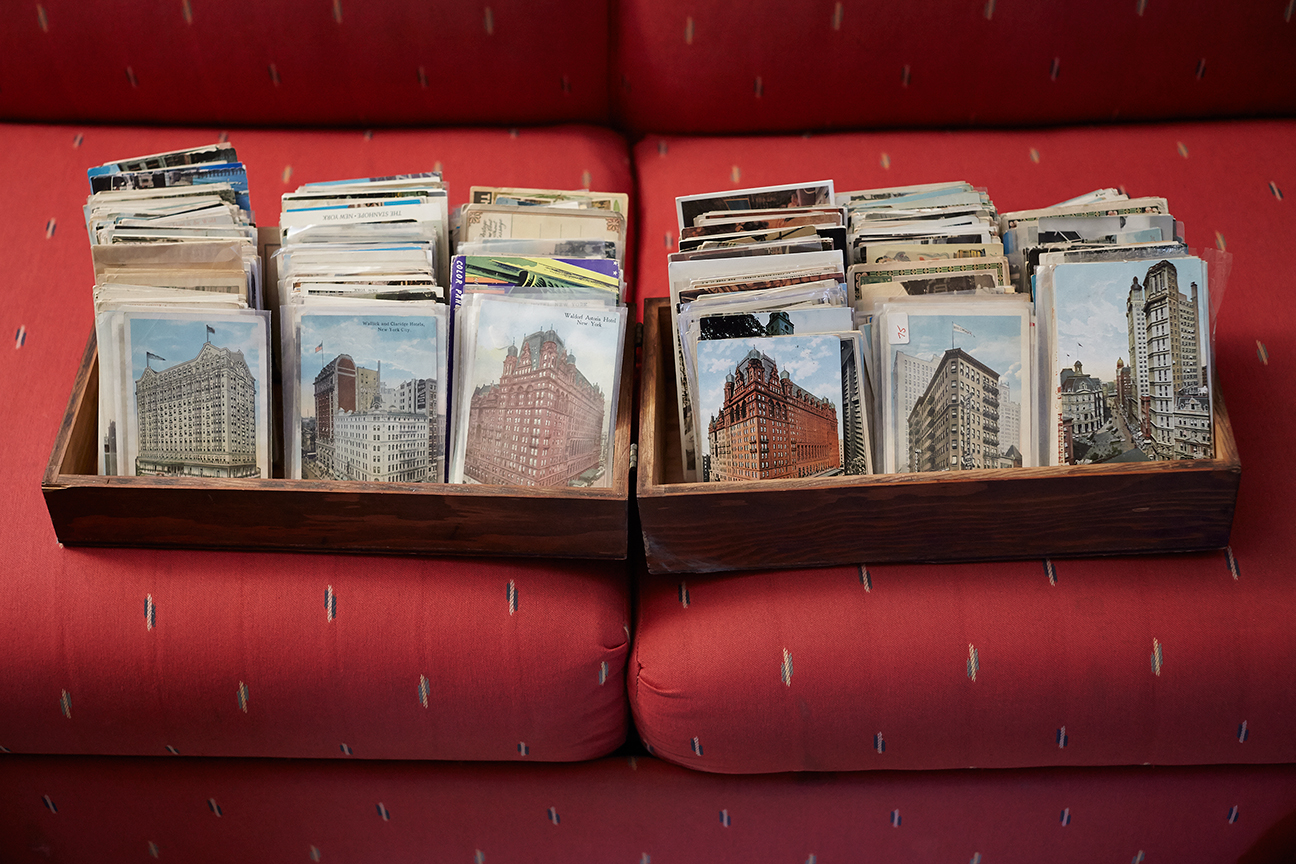 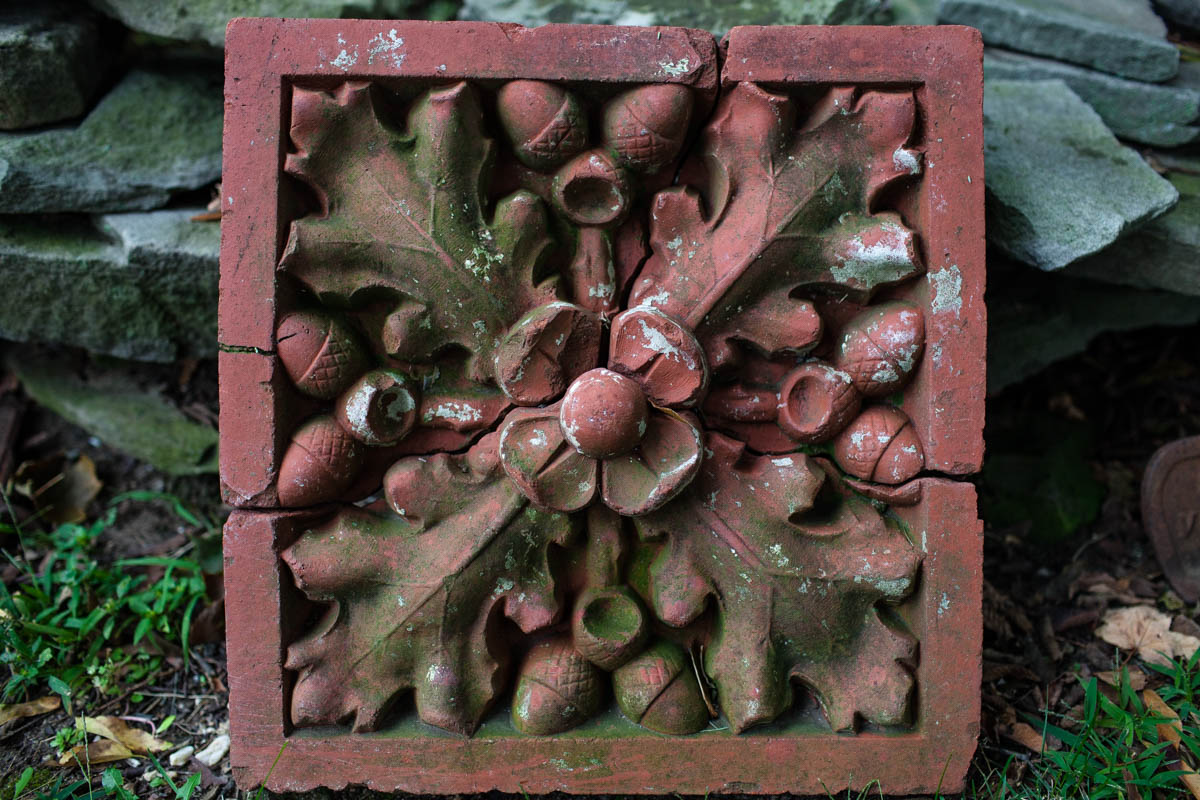 An ornament in Nora’s garden. Photo by Ivan Weiss 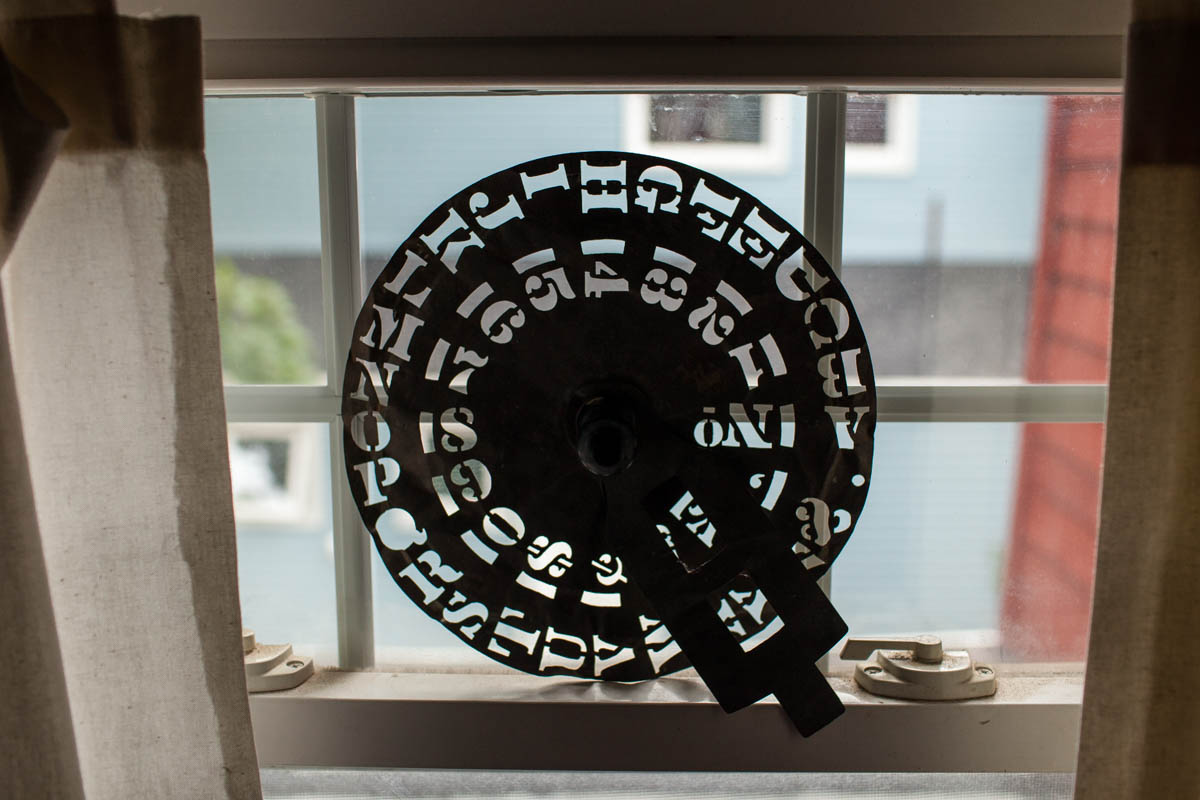 Stencil from the Fulton Fish Market. Photo by Ivan Weiss