Thursday night’s kissa session at CAM Raleigh will be a unique treat.  Marshall Wyatt of Raleigh’s Old Hat Records will select and play around twenty favorite 78’s from his extraordinary collection of rareties.  Marshall is bringing in his own vintage sound system for the occasion.  He says the 78’s will roughly span the years 1925 to 1955, and will reflect several areas of interest: African-American fiddle players; the traditional music of North Carolina; and the musicians of Raleigh’s WPTF radio.

Marshall grew up in Raleigh and attended art school in San Francisco where he befriended the artist and filmmaker, Terry Zwigoff, whose great movie, “Ghost World,” rendered the complexities of authenticity and the craft of collecting rare records.  Marshall’s releases at Old Hat are noted for their beautiful and meticulous artwork and liner notes.  Here is a note from Old Hat’s website.

You aren’t going to want to miss this opportunity to hear this music the way it was supposed to be heard, as close to the “real thing” as we can get…And find out what 78s are really made of… 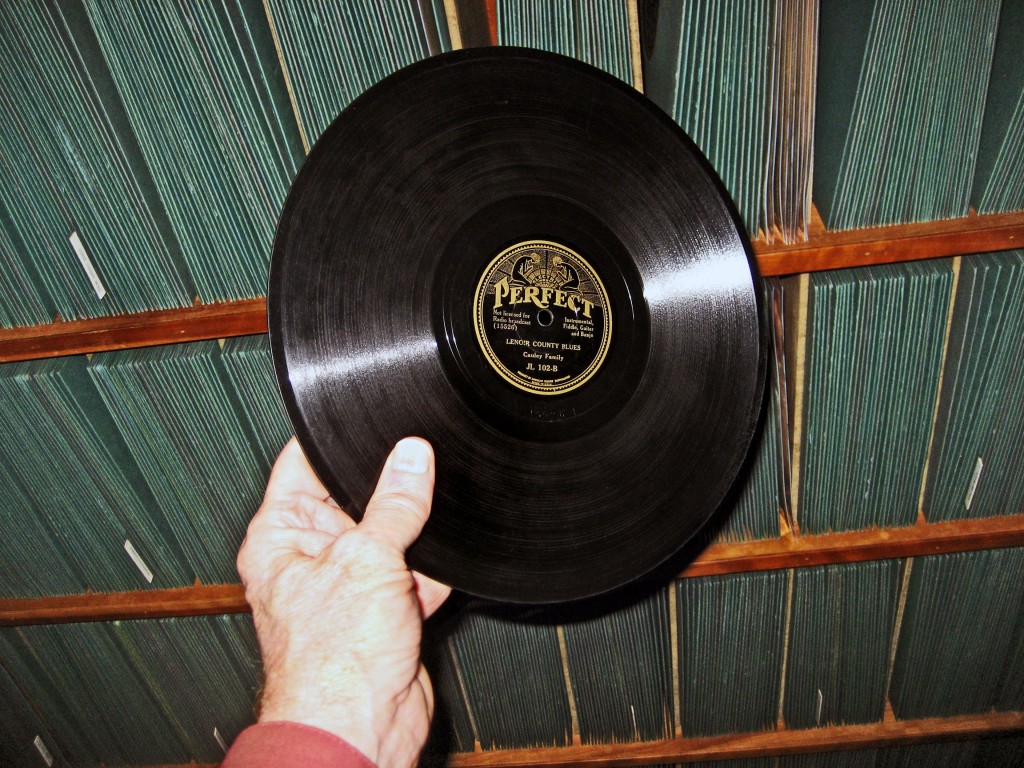 Marshall Wyatt holding the 78 “Lenoir County Blues” recorded by The Cauley Family in 1934. This is the only known copy of this recording to exist today.