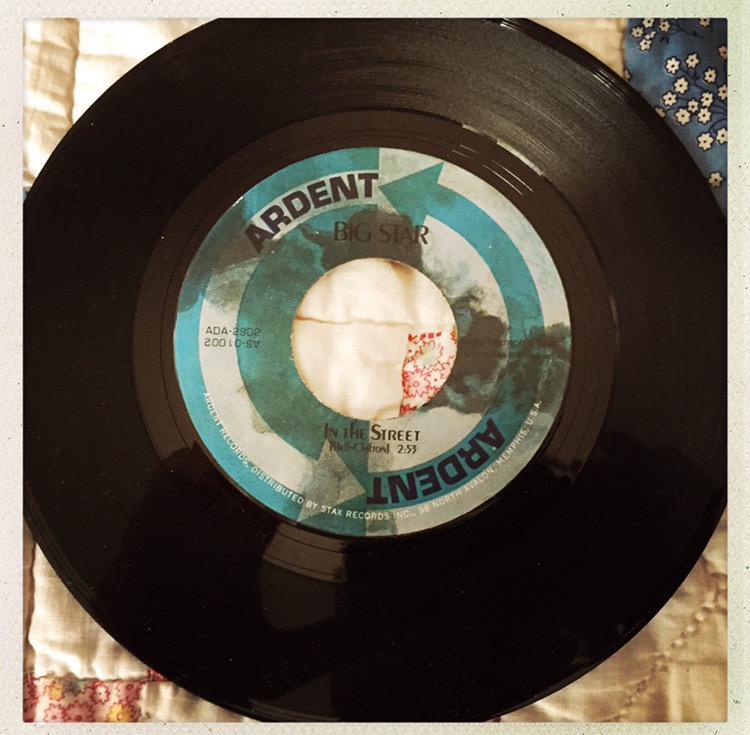 This Thursday night, September 3, the musician and filmmaker, David Burris, kicks off the Fall season in the underground kissa at CAM Raleigh, a feature of our Big, Bent Ears installation.  He’ll be spinning vinyl records 8-10pm.

We asked Burris what records he planned to bring to the kissa on Thursday and he responded:

A Raleigh native, Burris recently directed the acclaimed 2015 film “The World Made Straight”. In a former, though recent life he played in seminal NC bands the Veldt, Jolene, Light In August and Grover. Today he splits time between Raleigh, Venice Beach, and Bangkok. He likes “making movies, playing music and listening to records, and dinner…and taking naps,” he told us.

We pushed him to specify the genre of music he’d be playing Thursday night and he said:

“It’ll basically be rock, pop, punk, post-punk, etc. from the 60’s, 70’s, 80’s and 90’s. But ALL 45’s! So the songs will be those that the bands (or labels) thought should be singles or B-sides… along with some choice indie and self-released gems since that’s what the main DIY and independent label format was back then…!”

Be there.  A unique night.