Yesterday was one of those days that made us feel lucky to be documentarians.  Rock Fish Stew spent twelve hours at the Morgan Library and Museum in New York City.  The occasion was the renowned JACK Quartet playing music composed a decade ago by Matthias Pintscher inspired by Cy Twombly’s epic, 33-foot painting, “Treatise on the Veil.”  The performance took place in the Morgan’s gallery where Twombly’s piece is currently installed, the first NYC viewing of that painting in three decades.

Many thanks to the Morgan’s Linden Chubin, Isabelle Dervaux, Michelle Perlin, and Leah Marangos for their integral support.  Also, much gratitude to the JACK, The Menil Collection, and The Cy Twombly Foundation, along with the Reva and David Logan Foundation.

Much more to come on this project.  For now, a few snapshots from the scene at the Morgan.  Also, a scan of Twombly’s inscription to Sam on the title page of one of his monographs. 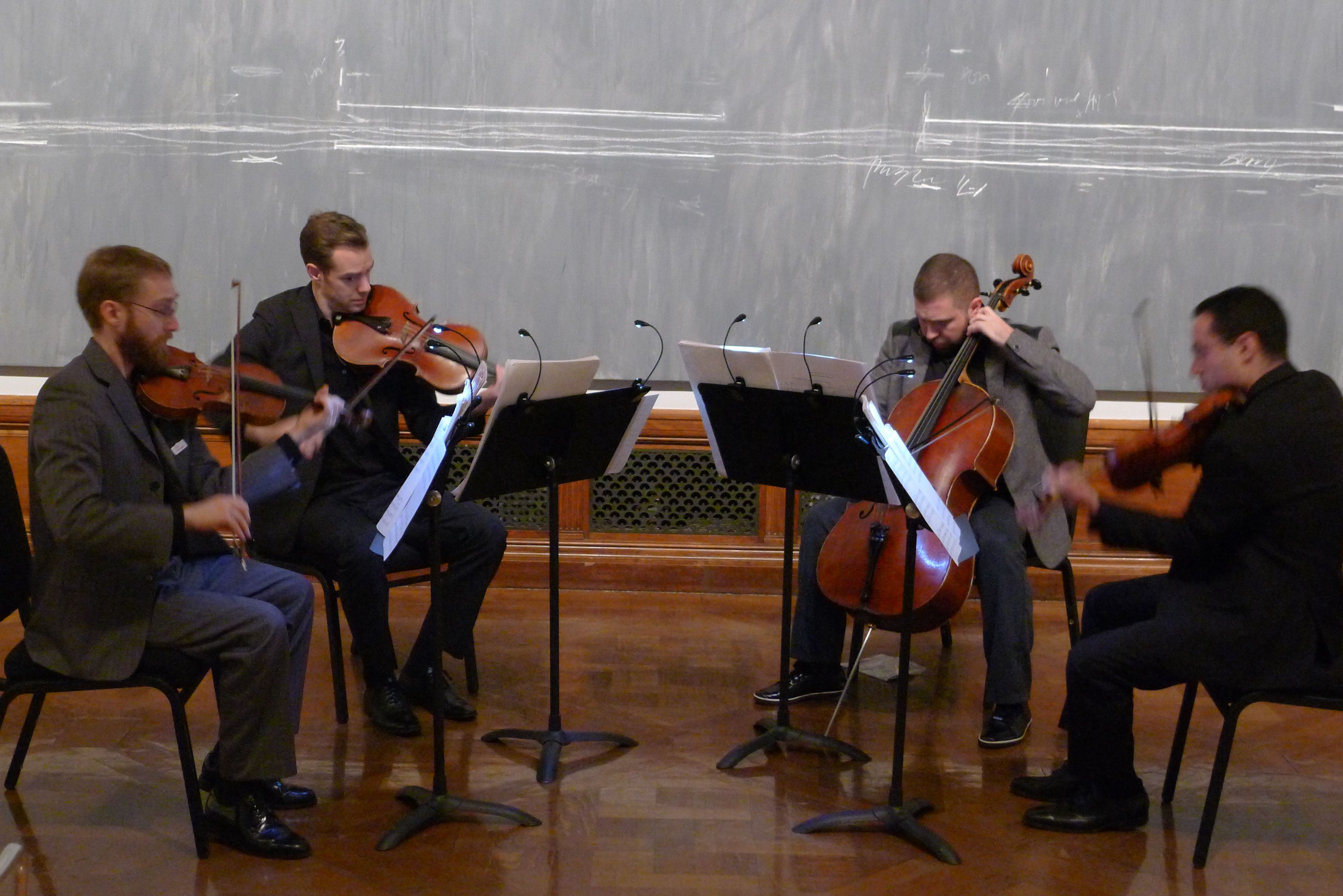 The JACK Quartet in front of Twombly’s “Treatise on the Veil.” 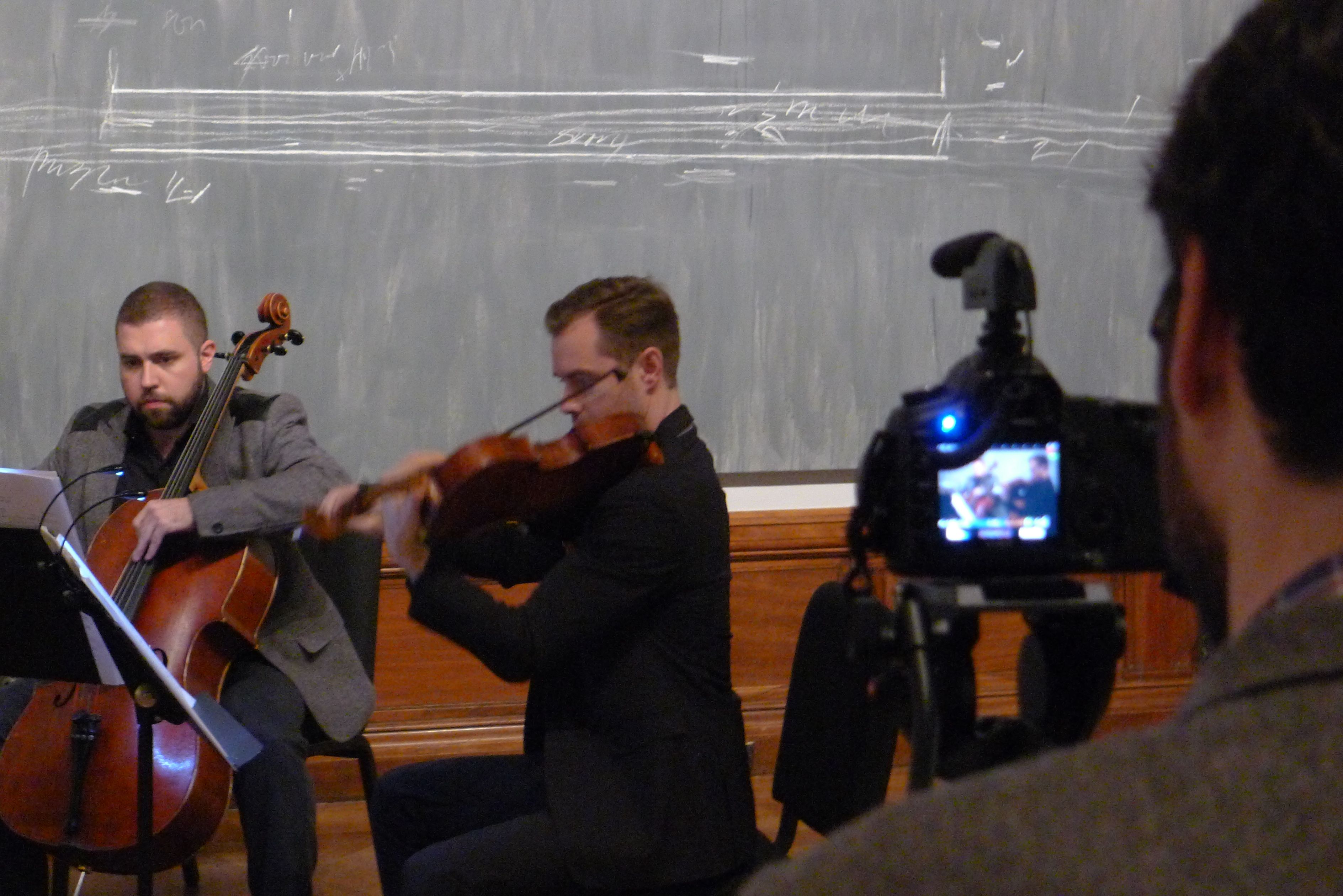 The JACK’s Kevin McFarland and John Pickford Richards, and the camera of RFS’s Ivan Weiss. 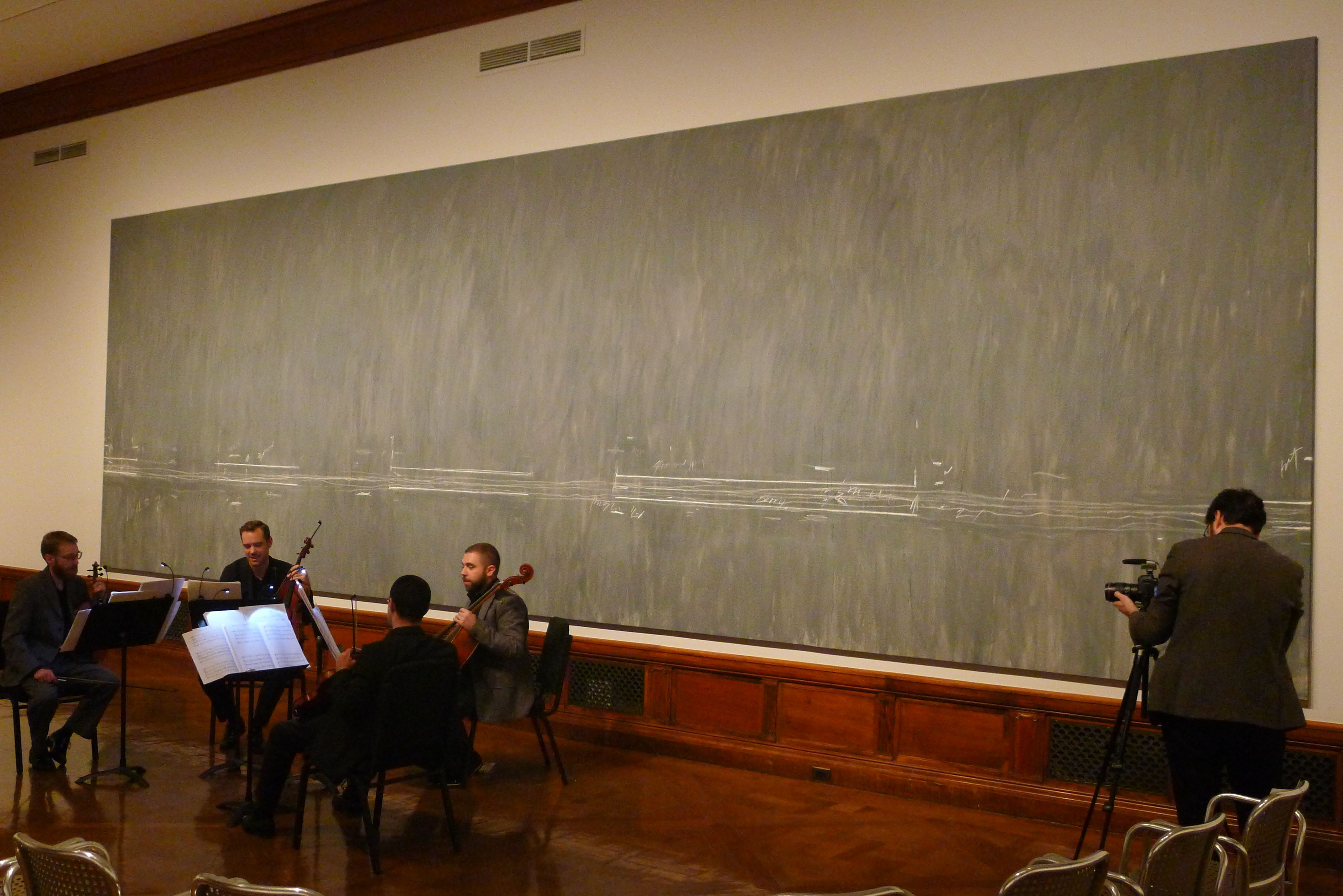 The JACK rehearsing in front of Twombly. 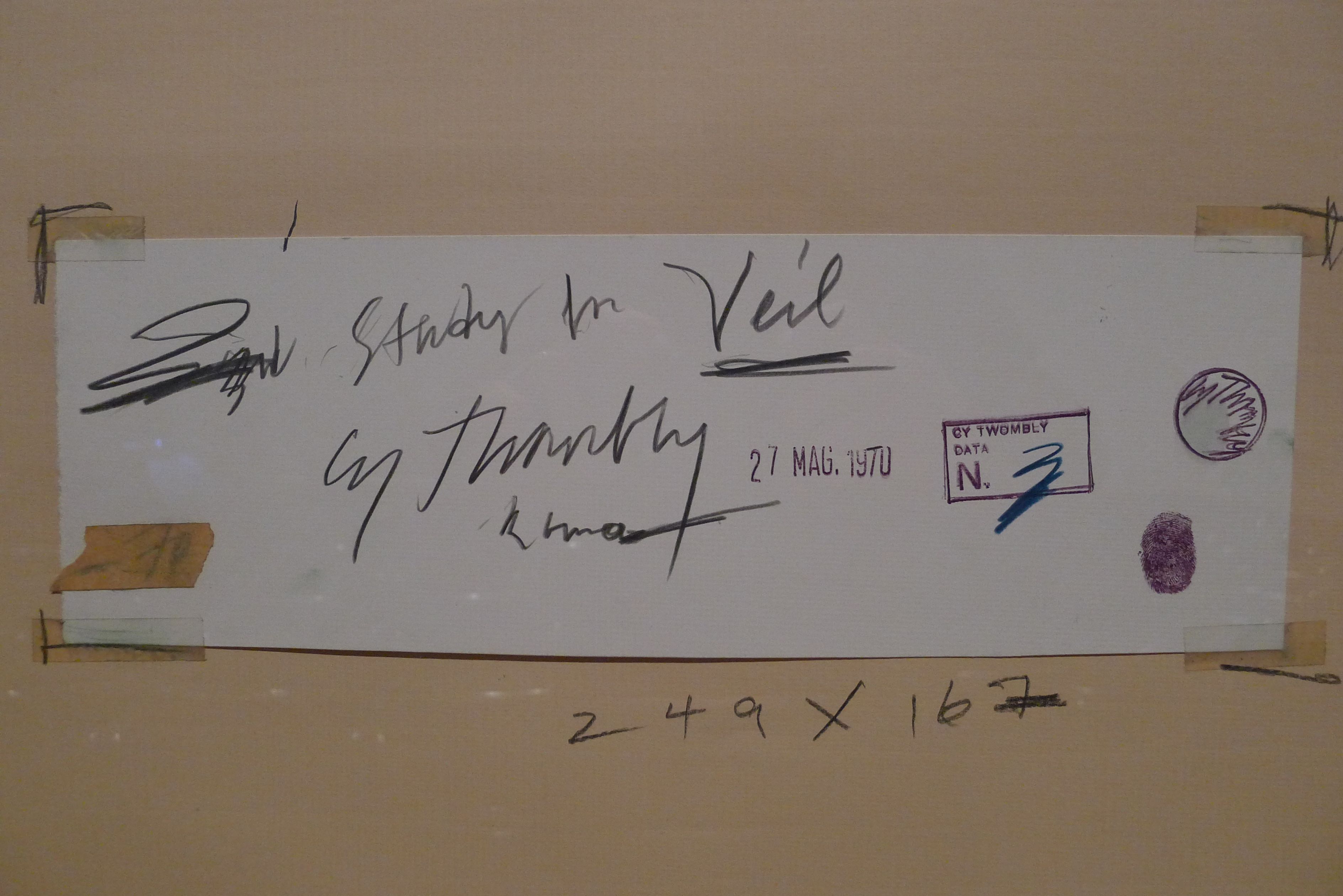 A detail from one of Twombly’s 12 studies in preparation for his “Treatise on the Veil.”

Twombly’s inscription to Sam Stephenson, circa late 2000’s, thanks to Frank Hunter.