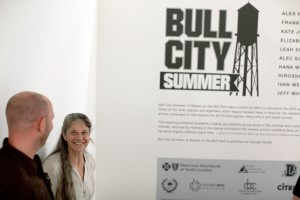 The exhibit will remain open throughout the summer, and we’ll be in touch soon with dates for film screenings at CAM and around Durham. 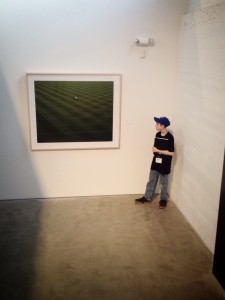 One of CAM’s army of young docents waiting to pass on the gospel of Alec Soth. Photo by Alex Boerner 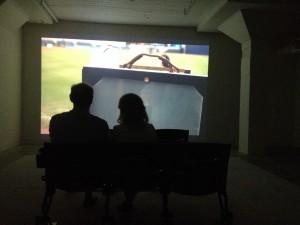 Watching the watchers (Ivan Weiss’ favorite activity). His film Leaving Traces plays at the CAM opening, and he can’t help himself. 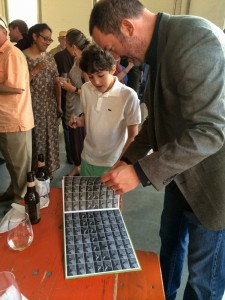 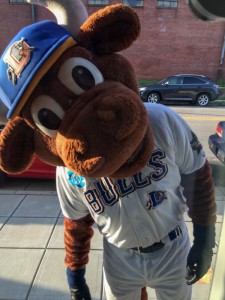 Not a real Durham Bulls event without the inimitable Wool E. Bull. Photo by Hale Stephenson 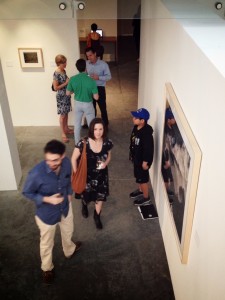 The Bull City Summer exhibit, as witnessed from above. Photo by Alex Boerner 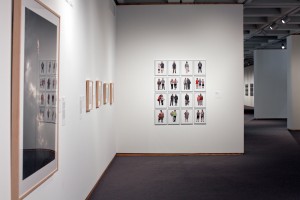 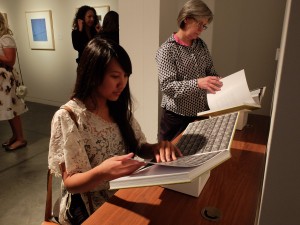 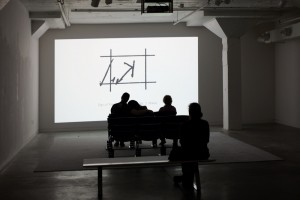