At Rock Fish Stew, there’s nothing we like more than blending elements of our projects, hence our name.  Last month, when we saw that guitarist and composer, Steve Gunn, who is part of our Big Ears documentary project, was playing a show in downtown Durham, we couldn’t resist the opportunity.  We invited him to take part in an afternoon reading of Joseph Mitchell’s classic 1959 story, “The Rivermen.”  It turns out Gunn’s a Mitchell enthusiast.  The event was a living, breathing example of what we’re currently doing online with The Paris Review, a series called Big, Bent Ears, blending our Big Ears and Mitchell documentary projects.

Novelist Allan Gurganus and actor Jane Holding read passages from “The Rivermen” and RFS’s Ivan Weiss showed photographs from his recent visit to the sites of Mitchell’s story in Edgewater, N.J.  Discussants included, among others, Gunn, Raleigh musician and club owner, Ben Barwick (Tonk, Kings Barcade)  and Raleigh businessman, Bill Mooney (Tannis Root), all pictured below.  Among other topics, we sought to connect dots between Mitchell’s “onomatopoetic mimesis of words” and his “unemphatic continuity of the voice” (Holding), his “slow accretion of the block and tackle details of life” (Gurganus), and “the exploratory sphere of repetitive, cyclical, meditative music” (Gunn).  More on all this soon.

Thanks to Self-Help’s Center for Responsible Lending for providing the space and AV equipment.  All photos by Sara Cowell. 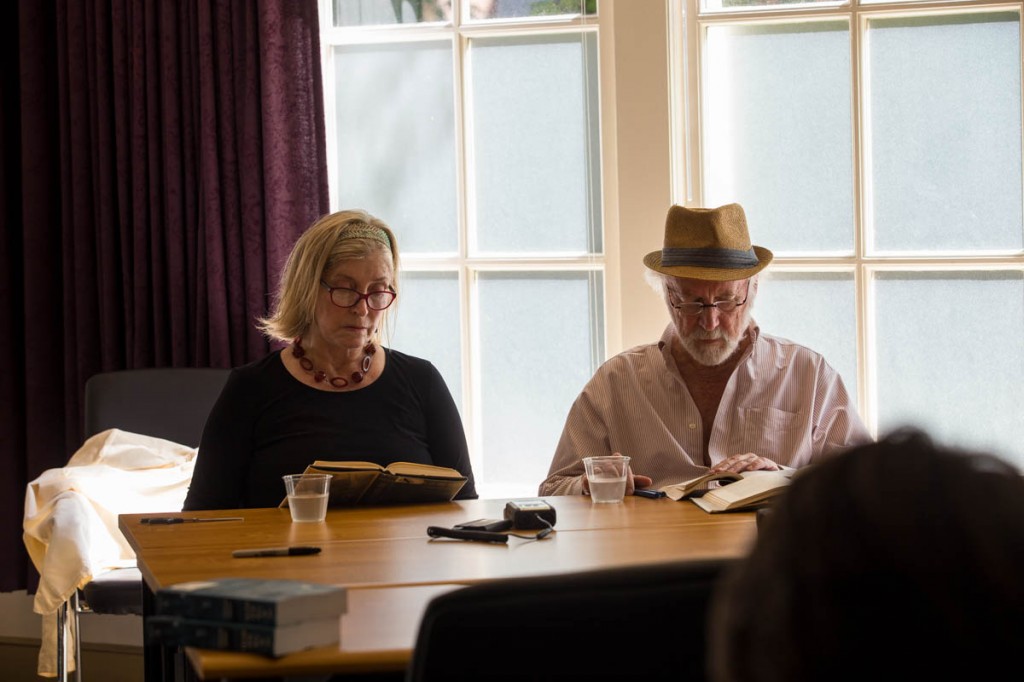 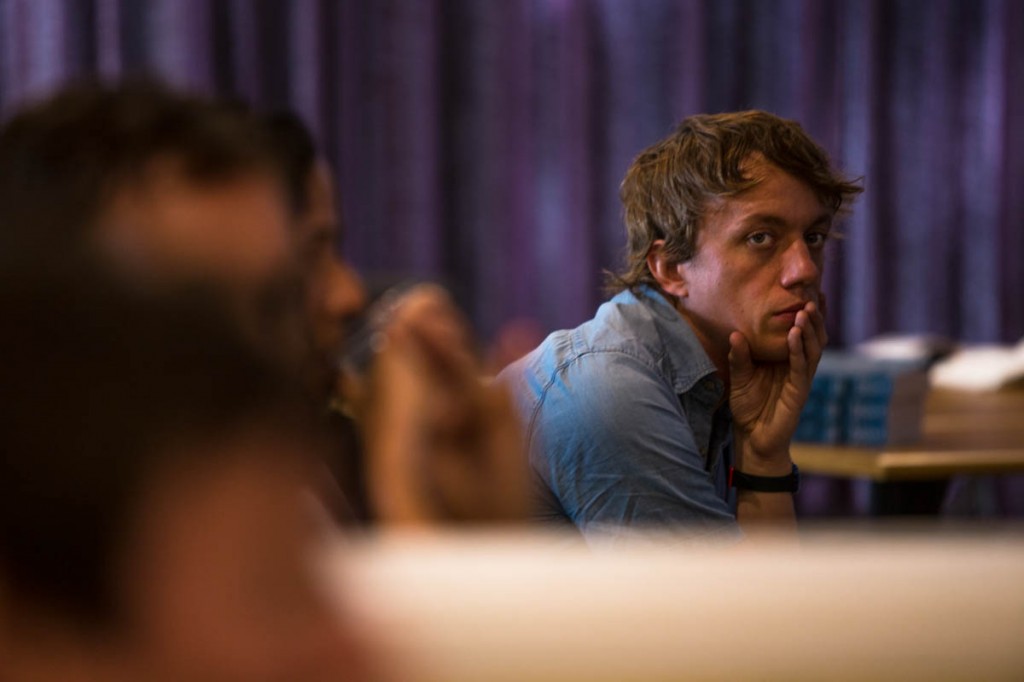 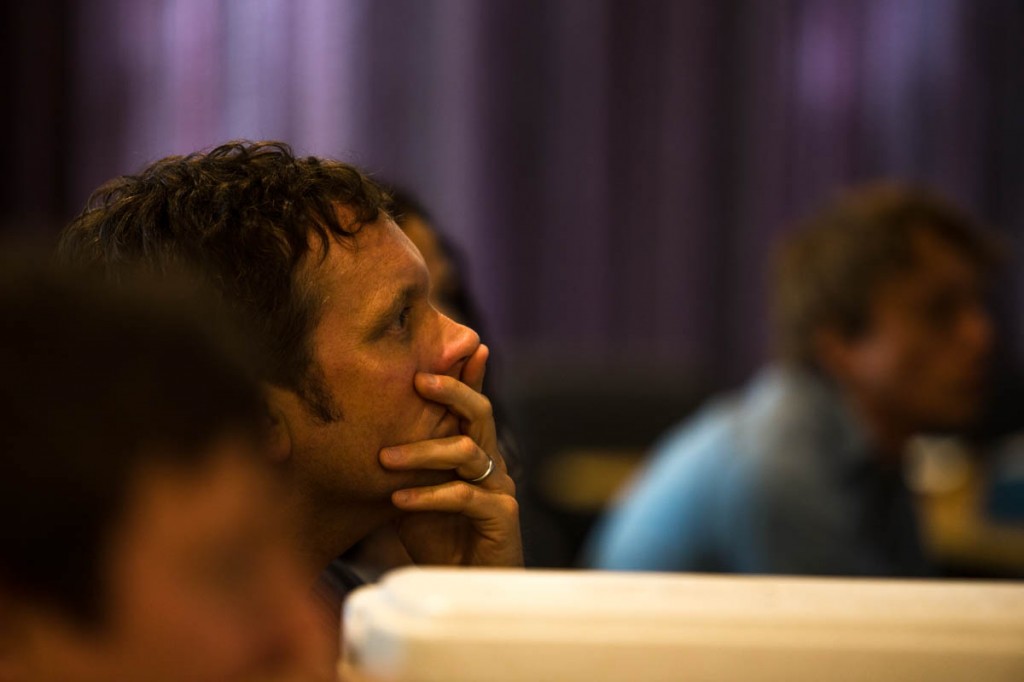 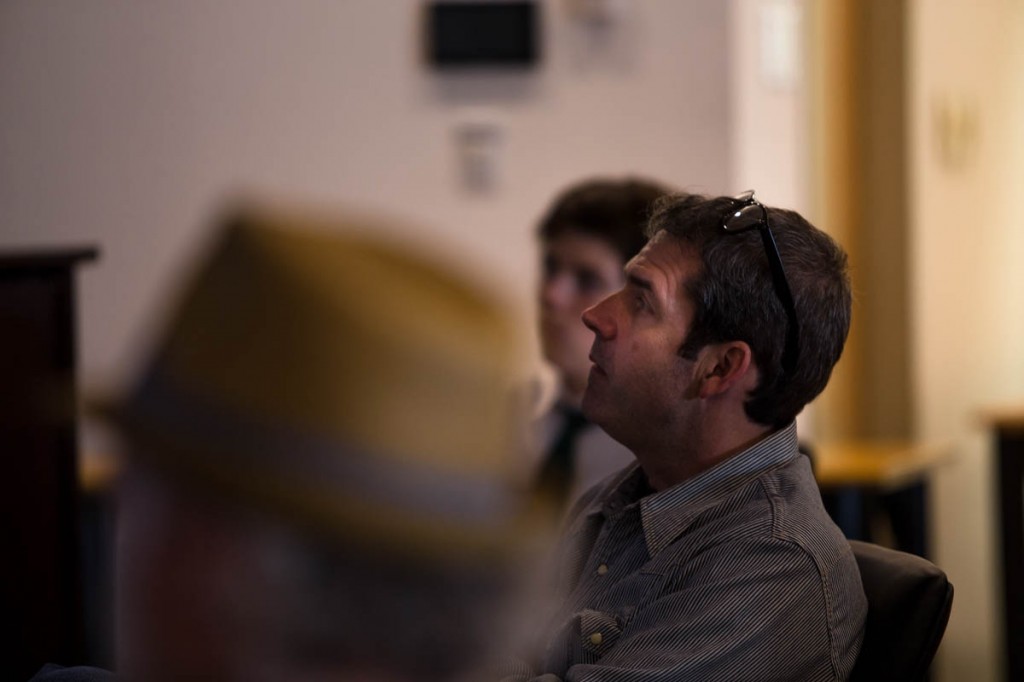 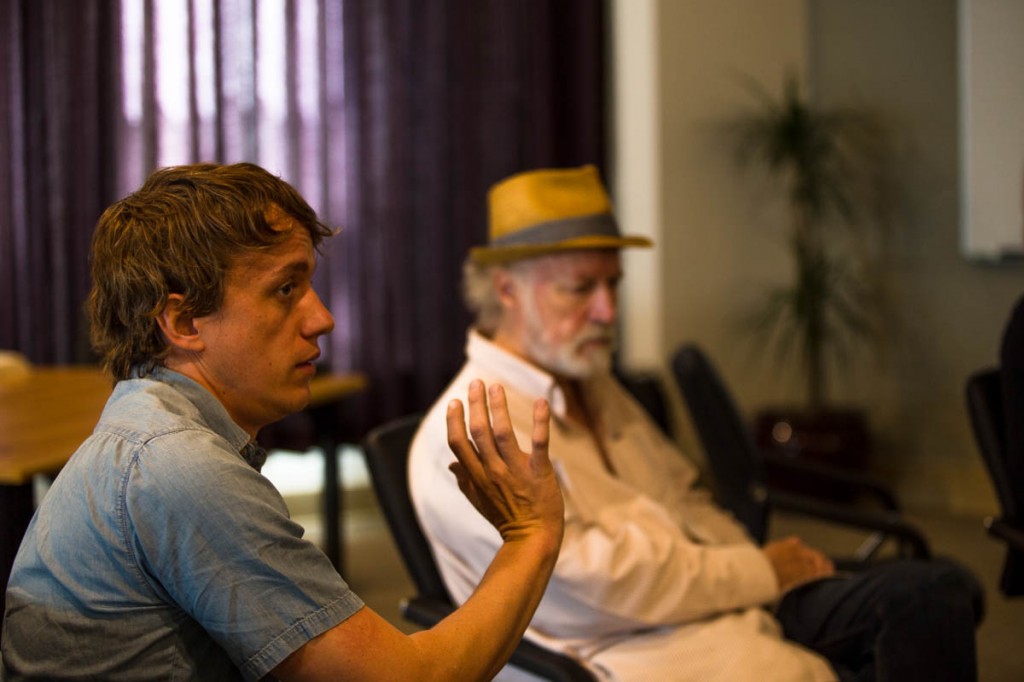