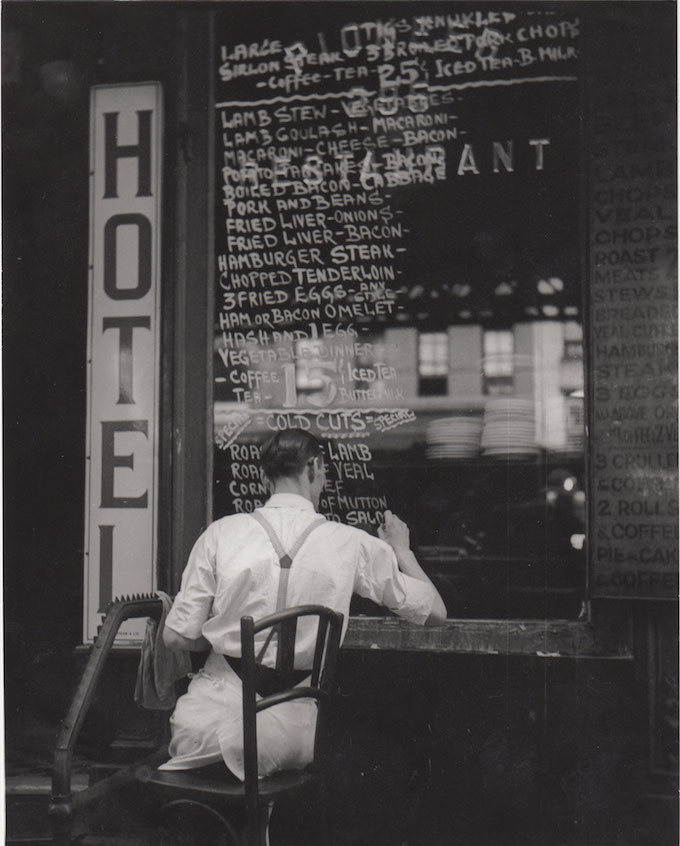 Between 1938 and 1965, Joseph Mitchell became one of the most influential writers in The New Yorker magazine’s history. Using fabled, lean prose, he wrote about the city’s slums, fish markets, overgrown cemeteries, and abandoned hotels. In an era before portable tape recorders, he had what seemed a superhuman ability to notice, remember, and render the voices of his subjects.

In 1965, at the height of his powers, he stopped publishing. He still wandered New York’s back alleys for the next thirty years, but instead of taking notes he collected debris from a world he found disappearing – 19th-­century doorknobs, scraps of housing trim, old coal stoves, broken lamps. All told, he gathered some 5,000 objects, each duly annotated by himself and preserved by his surviving daughters today.

For a writer so clear­-eyed, Mitchell’s life remains opaque. After exerting a massive influence, he has been relegated by some to a quaint literary corner. Often lost is his radical (by today’s terms) approach to gathering and telling stories, and his ecological consciousness, which was ahead of its time. Mitchell’s legacy needs to be updated for a contemporary audience.

With the support of the Mitchell estate, and in partnership with WNYC: New York Public Radio, the Joseph Mitchell Project will organize a group of writers, scholars, visual artists, filmmakers, photographers, dramaturges, documentarians, even musicians, to shed light on – and draw new generations to – this seminal, overlooked figure.